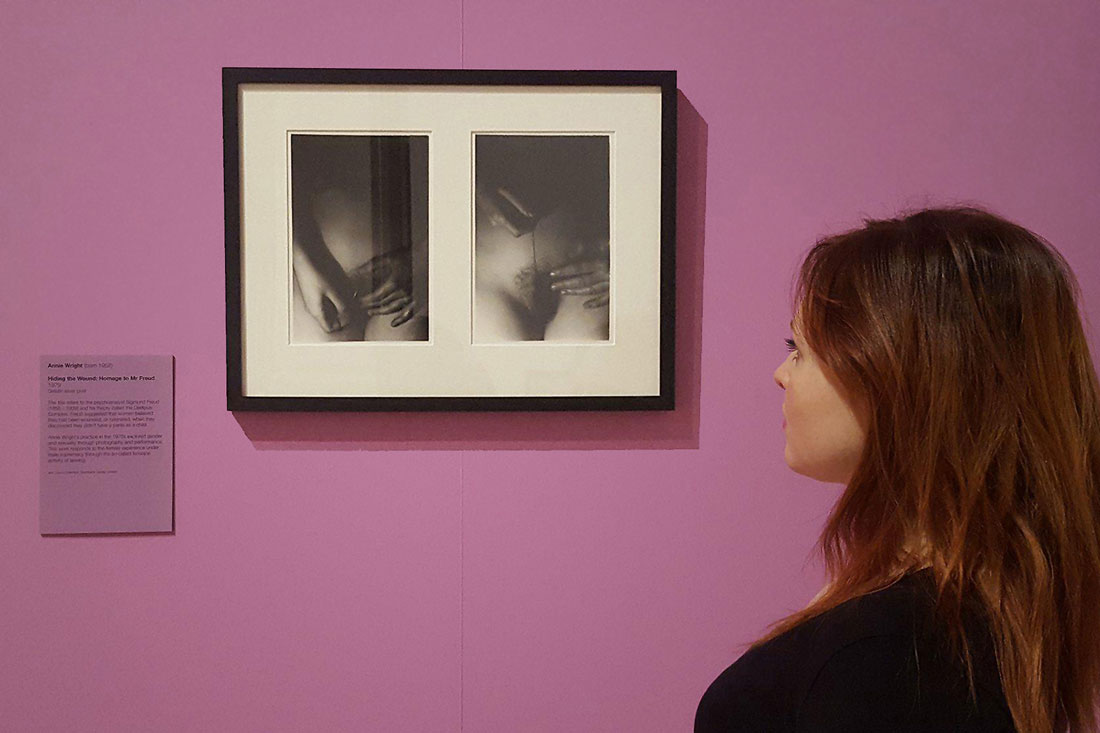 Originally shown at the Walker Art Gallery in Liverpool, the landmark exhibition Coming Out, Sexuality, Gender & Identity  then travelled on to the Birmingham Museum & Gallery. It featured over 80 modern and contemporary artworks by artists – including me – who explore themes of gender, sexuality and identity in art.

As described by the press release, Coming Out was a “ground-breaking and vital exhibition which marked the 50th anniversary of the partial decriminalisation of male homosexual acts in England and Wales (1967 Sexual Offences Act). Taking 1967 as a starting point, the exhibition revealed new research into LGBT history and visual culture by showcasing artworks from The Arts Council Collection, National Museums Liverpool and Birmingham’s collection.