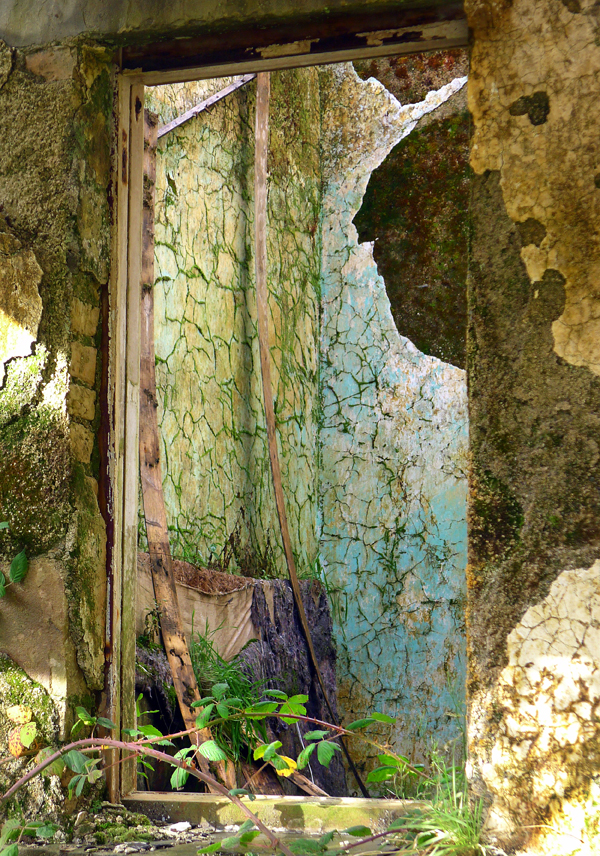 Delicate as a Fra Angelico fresco, part of a ruined hunting lodge in County Mayo, Ireland.

Fra Angelico (born Guido di Pietro; c. 1395[2] – February 18, 1455) was an Early Italian Renaissancepainter described by Vasari in his Lives of the Most Excellent Painters, Sculptors, and Architects as having “a rare and perfect talent”.[3]

In 1982 Pope John Paul II proclaimed his beatification,[5] in recognition of the holiness of his life, thereby making the title of “Blessed” official. Fiesole is sometimes misinterpreted as being part of his formal name, but it was merely the name of the town where he took his vows as a Dominican friar, and was used by contemporaries to separate him from other Fra Giovannis. He is listed in the Roman Martyrology[6] as Beatus Ioannes Faesulanus, cognomento Angelicus—”Blessed Giovanni of Fiesole, known as ‘the Angelic’ “.

But it is impossible to bestow too much praise on this holy father, who was so humble and modest in all that he did and said and whose pictures were painted with such facility and piety.[3]