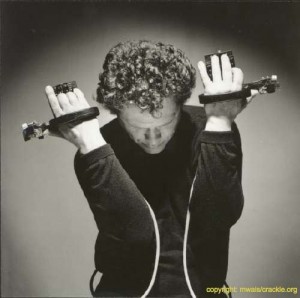 Our time together began with a death and ended with a death. When my father was dying of cancer 25 years ago, Michel – who had a pilot’s license – offered to fly me back to England “at any time at all”. That won my heart forever.

Our’s was a “hair affair”. We would meet once every six weeks when I would cut his hair. And there was a lot of it: acres of baby soft curls that I would fashion into a rockabilly coif.

As I worked, we would share the latest installments in our lives. Literally, we sometimes laughed and we sometimes cried. A mutual complicity. Secrets that were never betrayed.

During the last few years, I shared Michel’s joy as he met and married his beloved Kristina. Three-and-a-half years ago, their family was completed with the arrival of little Rosa Mathilda, who has inherited her father’s curls.

Then, six months ago, a few hours after I had had a knee operation, he phoned me to tell me that he had cancer. Now we were both at the mercy of the medical profession: a frightening place but at least we had each other. Michel was unfailingly optimistic, yet I got better and he didn’t.

I miss him so.

« Waiting…
A Wondrous Being »