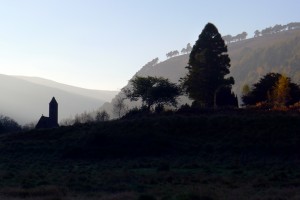 Glendalough… The end of our Irish adventure for this time at least. Tonight we fly back to Amsterdam…mist permitting…