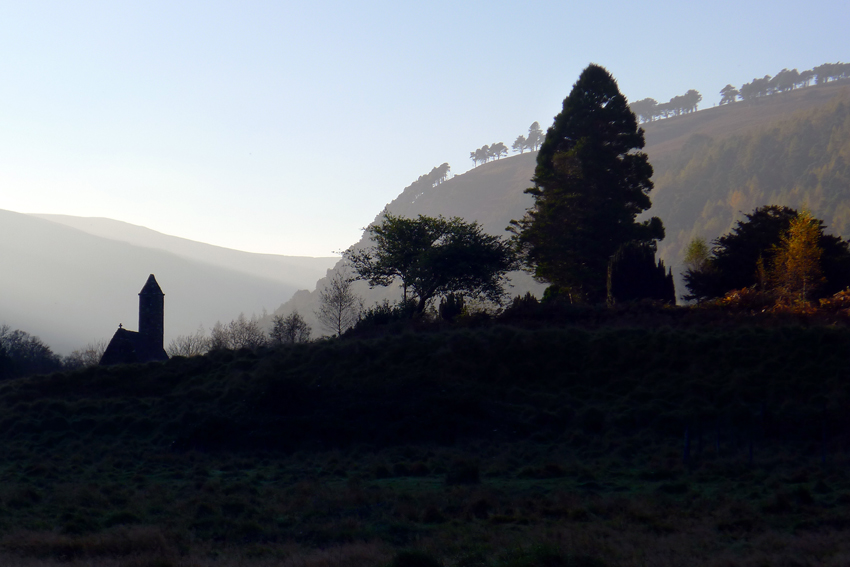 Glendalough (/ˌɡlɛndəˈlɒx/; Irish: Gleann Dá Loch, meaning “The Valley of the two lakes”) is a glacial valley in County Wicklow, Ireland, renowned for an Early Medieval monastic settlement founded in the 6th century by St Kevin.