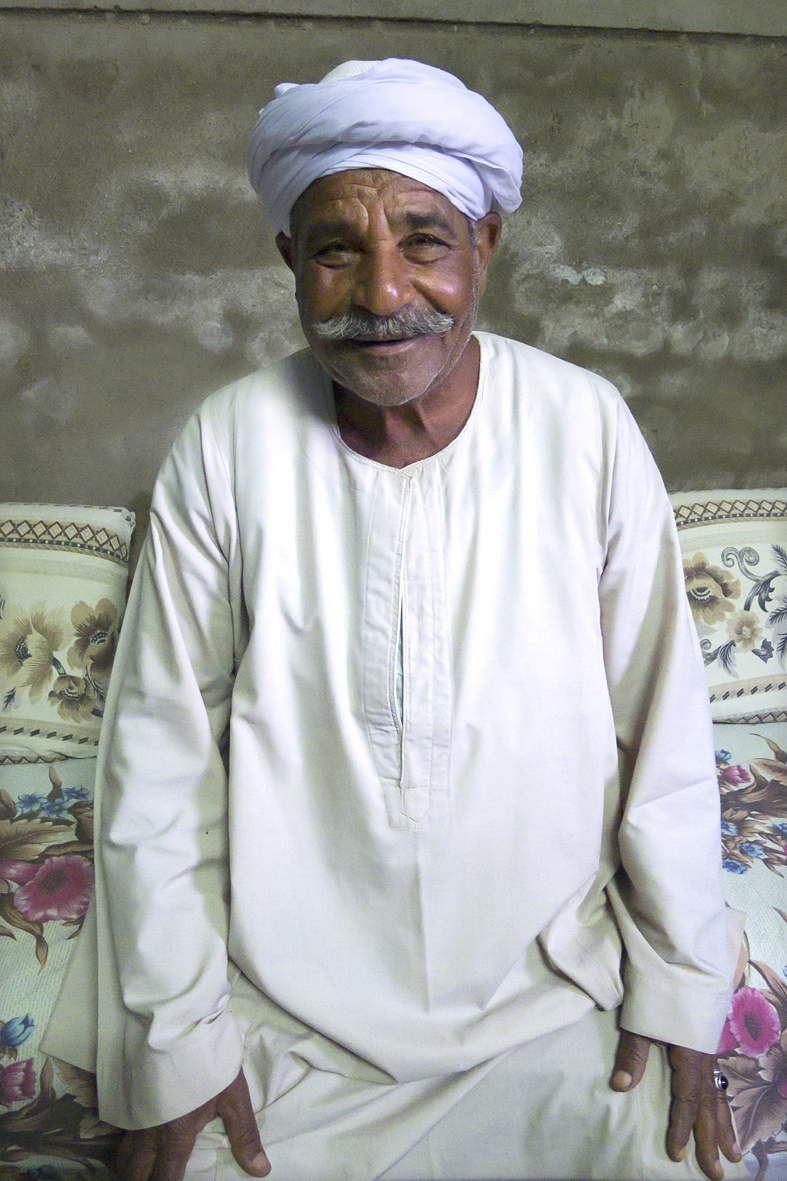 Many ancient Egyptian treasures have been unearthed by this man, his family and neighbours from the legendary excavators’ village of Qift near Luxor.

Read more: Luxor was the ancient city of Thebes, the great capital of Egypt during the New Kingdom, and the glorious city of Amun, later to become the god Amun-Ra. The city was regarded in the Ancient Egyptian texts as w3s.t (approximate pronunciation: “Waset”), which meant “city of the sceptre” and also as t3 ip3t (conventionally pronounced as “ta ipet” and meaning “the shrine”) and then, in a later period, the Greeks called it Thebai and the Romans after them Thebae. Thebes was also known as “the city of the 100 gates”, sometimes being called “southern Heliopolis” (‘Iunu-shemaa’ in Ancient Egyptian), to distinguish it from the city of Iunu or Heliopolis, the main place of worship for the god Re in the north. It was also often referred to as niw.t, which simply means “city”, and was one of only three cities in Egypt for which this noun was used (the other two were Memphis and Heliopolis); it was also called niw.t rst, “southern city”, as the southernmost of them.

The importance of the city started as early as the 11th Dynasty, when the town grew into a thriving city, by native nubi Egyptian, it was renowned for its high social status and luxury, but also as a center for wisdom, art, religious and political supremacy.[6] Montuhotep II who united Egypt after the troubles of the first intermediate period brought stability to the lands as the city grew in stature. The Pharaohs of the New Kingdom in their expeditions to Kush, in today’s northern Sudan, and to the lands of Canaan, Phoenicia and Syria saw the city accumulate great wealth and rose to prominence, even on a world scale.[6] Thebes played a major role in expelling the invading forces of the Hyksos from Upper Egypt, and from the time of the 18th Dynasty through to the 20th Dynasty, the city had risen as the major political, religious and military capital of Ancient Egypt.

The city attracted peoples such as the Babylonians, the Mitanni, the Hittites of Anatolia (modern-day Turkey), the Canaanites of Ugarit, the Phoenicians of Byblos and Tyre, the Minoans from the island of Crete.[6] A Hittite prince from Anatolia even came to marry with the widow of Tutankhamun, Ankhesenamun.[6] The political and military importance of the city, however, faded during the Late Period, with Thebes being replaced as political capital by several cities in Northern Egypt, such as Bubastis, Sais and finally Alexandria.

However, as the city of the god Amon-Ra, Thebes remained the religious capital of Egypt until the Greek period.[6] The main god of the city was Amon, who was worshipped together with his wife, the Goddess Mut, and their son Khonsu, the God of the moon. With the rise of Thebes as the foremost city of Egypt, the local god Amon rose in importance as well and became linked to the sun god Ra, thus creating the new ‘king of gods’ Amon-Ra. His great temple, at Karnak just north of Thebes, was the most important temple of Egypt right until the end of antiquity.

Later, the city was attacked by Assyrian emperor Assurbanipal who installed the Libyan prince on the throne, Psamtik I.[6] The city of Thebes was in ruins and fell in significance. However, Alexander the Great did arrive at the temple of Amun, where the statue of the god was transferred from Karnak during the Opet Festival, the great religious feast.[6] The grandeur of Thebes would still remain a site of spirituality, and attracted numerous Christian monks in the Roman Empire who established monasteries amidst several ancient monuments including the temple of Hatshepsut, now called Deir el-Bahri (“the northern monastery”).[6]