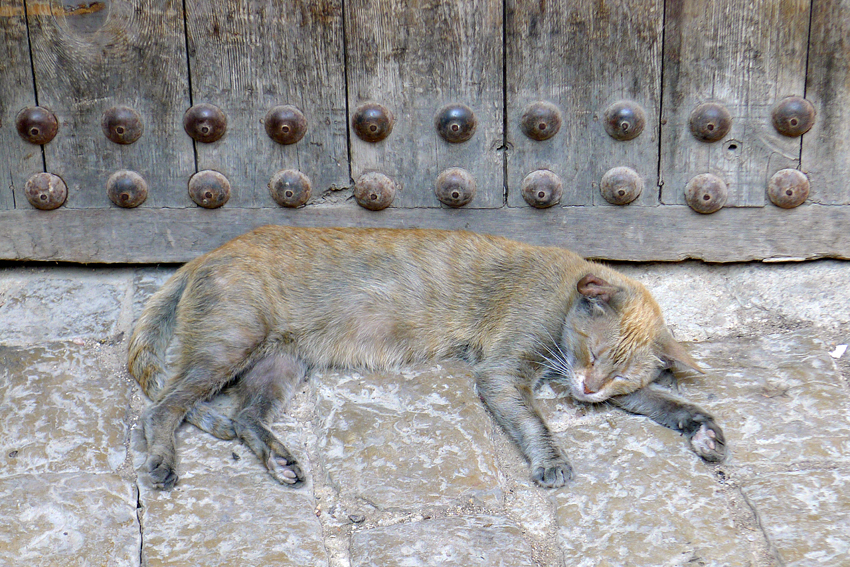 Is there a family resemblance between these two cats? Both were photographed in Fez Medina in Morocco. The top photo of the elderly gentleman was taken by me in 2013 and the portrait of the young tom was made just a few days ago by Bert Hogervorst. In fact, there’s even something familial about the nonchalantly placed paws where the left leg also serves as pillow let alone the fact that both of them have tawny fur – although a hard life has imbued the elderly gentleman’s coat with a grimy sheen. What’s more, both of them have chosen for similar sleeping quarters.

Fez does not have a neutering program and it’s known that a single tom can father 420,000 kittens within a period of five, years so both of them could easily be part of the same bloodline. Fortunately, this medina, the Fes al-Bali, is car free and is one of the largest urban pedestrian zones in the world. It is also listed as a World Heritage Site.

My Book Is Out!