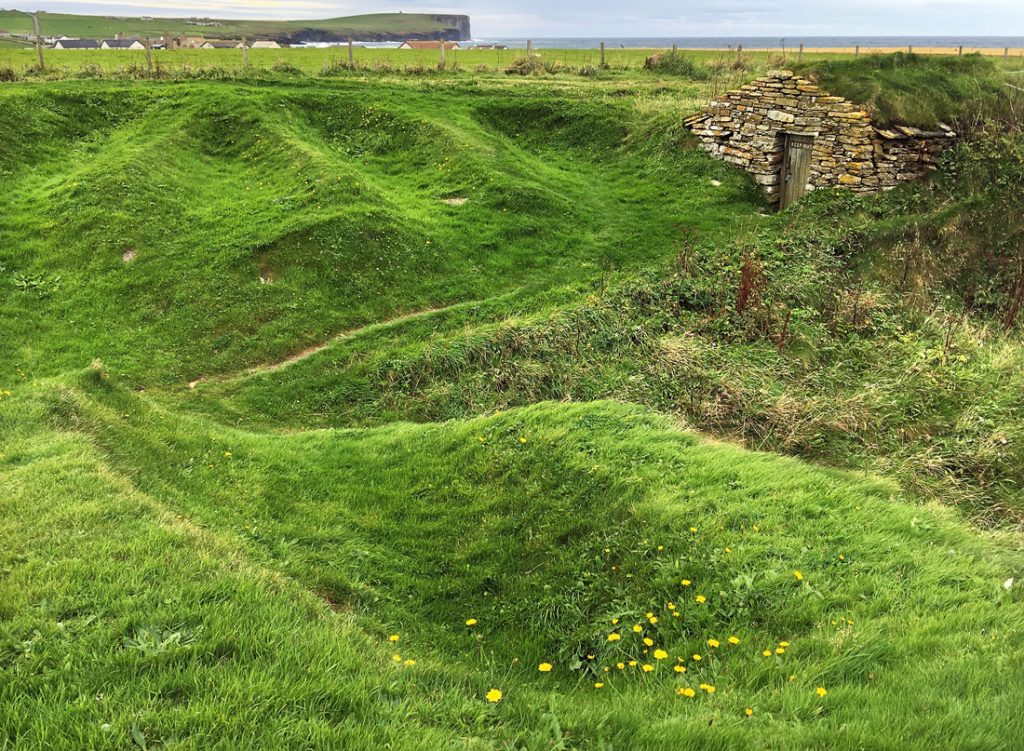 Skiba Geo has been in use since Viking times. It is a sheltered beach allowing easy access for landing fishing boats. In the winter, the boats were pulled up to the nousts at the top of the beach for protection. Moreover, the 19th century fisherman’s hut next to the nousts provided a safe space for storing equipment.

Ultimately, the site fell into disrepair through lack of use in the 1960s. However, it was renovated by the pupils, friends and parents of Class Six of Dounby Primary School in 1989