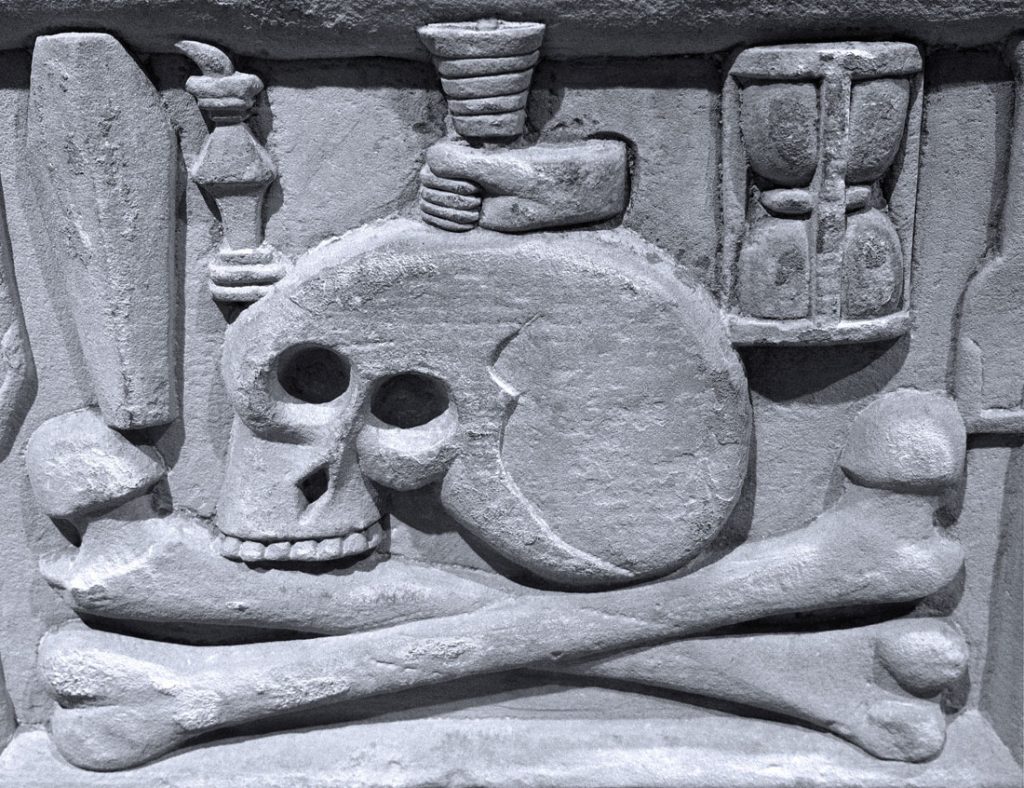 Tempus fugit memento mori – time flies, remember death – is a sentiment found in every historic, Scottish graveyard through graphic renditions of skulls and crossbones. In fact, you could be forgiven for thinking that here lies the remains of pirates. This photo shows an example of this, a 17th century gravestone located at St Magnus Cathedral in Kirkwall, Orkney. END_OF_DOCUMENT_TOKEN_TO_BE_REPLACED 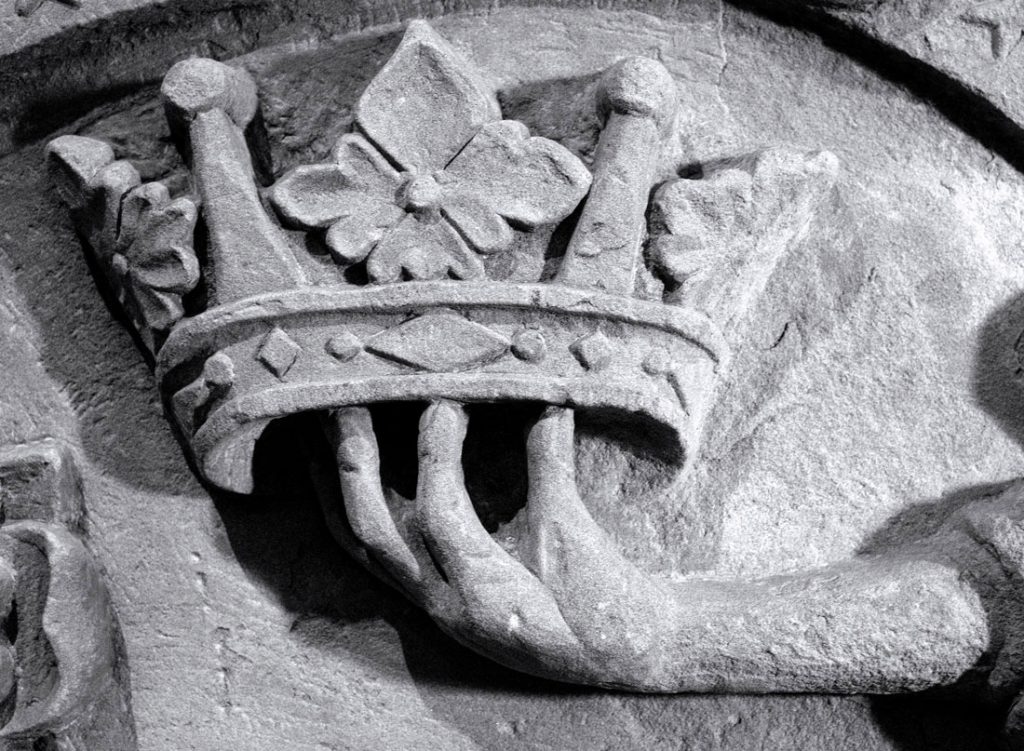 A crown, the enticing offer of the Kingdom of Heaven adorning a 17th century tomb at St Magnus Cathedral on Orkney. What I particularly like about this is the tomb’s three dimensional realism where the extended arm neatly balances the crown on its dainty finger tips. Naturally there is a Christian message here, which aims to cajole the viewer into sticking to the straight and narrow rather than succumbing to devilish delights.

St. Magnus Cathedral – the red cathedral – dominates the skyline of Kirkwall, the largest town of Orkney, a group of islands off the north coast of mainland Scotland. It is also the most northerly cathedral in Britain, a fine example of Romanesque architecture built for bishops when the islands were ruled by the Norse Earls of Orkney. It is owned not by the church, but by the burgh of Kirkwall as a result of an act of King James III of Scotland following Orkney’s annexation by the Scottish Crown in 1468. It has also its own dungeon, presumably for those indulging in sinful practices. END_OF_DOCUMENT_TOKEN_TO_BE_REPLACED