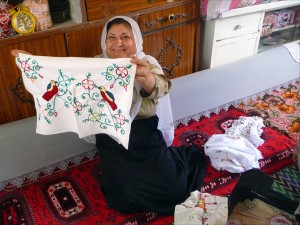 On 24 March 2015, the newly established Fattah Army operation room (“The Army of Conquest”) assaulted Idlib city from three sides. On 27 March, the rebels managed to penetrate the city. At this point, the city was almost completely encircled by rebel groups, leaving only two exit routes for government forces. The next day, after four days of fighting, rebels captured the city and managed to besiege the towns of Kafarya and al-Fu’a. Syrian government troops regrouped south of the city, and were preparing for a possible attack by rebel forces.

The battle for Idlib left at least 132 rebels, 76 soldiers and 11 civilians dead. In addition, 15 prisoners held by the state security services were executed as the Army retreated.

Between 28 and 30 March, 47 people, including 15 rebels, were killed during a government bombardment of Idlib city, which reportedly included chemical weapons.

On 2 April, the rebels advanced in the area of Mastouma and its military base, where most of the retreated government forces were positioned. The next day, rebels intensified their attacks on three axes and further advanced in the Mastouma area, seizing parts of Mastouma during the night. According to rebel sources, Brigadier General Emad Ibrahim was killed in the battle.

On 4 April, the “Al-Qawat Al-Nimr” (Tiger Force) brigade arrived at Ariha to support the entrenched government troops in and around Mastouma.

By 5 April, after a two-day battle, that was described as a “full-scale assault” on Mastouma, the rebel attack on the military camp and village had been repelled. The initial rebel advance into Mastouma was revealed to be a trap set up by the military, which helped them surround the opposition fighters and engage in street fighting, after which the rebels were pushed back and retreated. The army repositioned on a strategic hill that represents the first defense line for the camp. According to different sources, between 50 and 450 rebels were killed. The pro-opposition Syrian Observatory for Human Rights reported six deaths among government troops.

On 8 April, the military, led by the special forces unit the Tiger Forces, launched a counter-attack towards the villages of Qameenas and Faylan. By 10 April, they had secured the approaches to Mastouma but halted their advance in the outskirts of the two villages after encountering stiff resistance from the rebels.

Four days later, the Tiger Forces and other army units had reportedly breached the rebel defenses and entered Qameenas. According to a military source, Air Force Intelligence intercepted the communications of local Al-Nusra Front commanders who were reportedly in panic over the collapse of their defensive line. Around the same time the Air Force had carried out 51 airstrikes throughout the province.

On 15 April, Army troops went on the offensive near Ariha and captured the villages of Kafr Najd and Nahlaya. The military also reached Kurin, with clashes taking place as the troops tried to take over the village.

By 18 April, 349 air-strikes were conducted against Idlib city and its countryside since the rebel takeover of the provincial capital on 28 March. The air campaign left 125 civilians dead, as well as dozens of rebel fighters. The same day, the military captured the village of Muqablah, linking up with NDF fighters in the southeastern part of Faylan, and by 20 April advanced to Tell Zahir Al-Mufraq hill. The rebels also withdrew from Kurin due to a lack of support from their main headquarters and the Tiger Forces were soon in the town, but had not yet reached Tell Kurin hill to the west. Five days later, a military source reported the town to be under the control of the Tiger Forces.